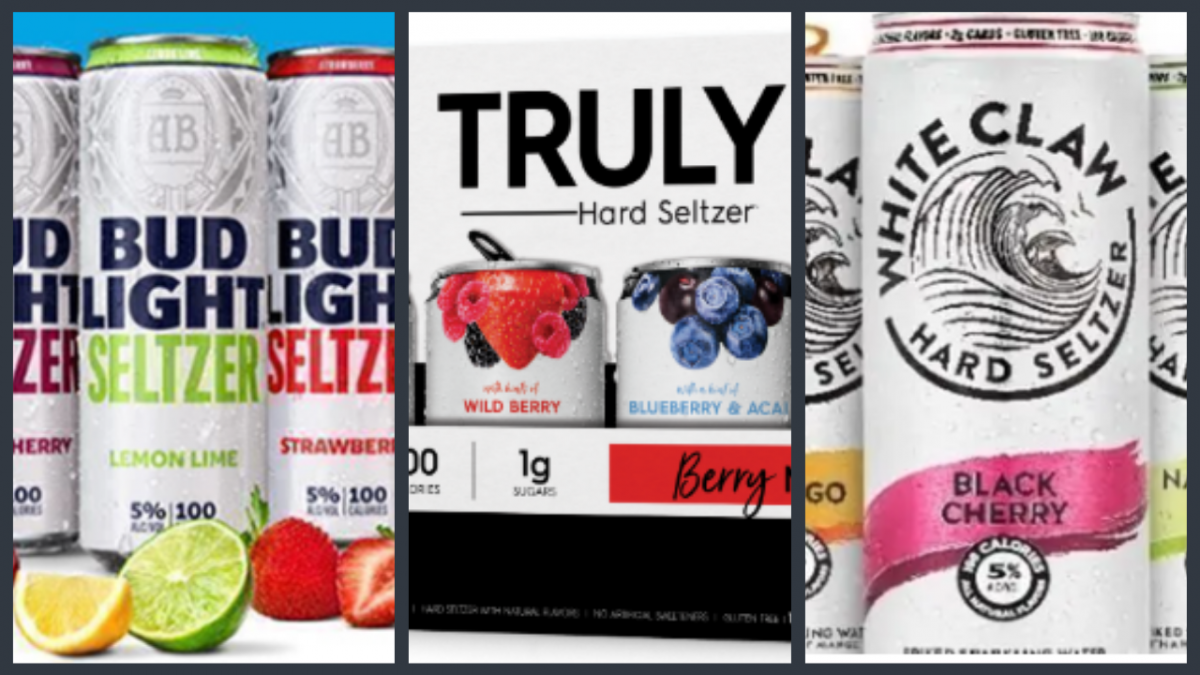 Without question, the biggest story this year in the beer business has been the explosive growth of hard seltzer.    Up to now, just two brands—White Claw (60% market share) and Truly (26%)—have had a firm grip on the seltzer business.

Through October 5, hard seltzer has generated $1.2 billion of sales in 2019.  Industry analysts believe that number will triple by 2022.

Now the seltzer market is about to become a lot more competitive and crowded.  The world’s largest brewer, Anheuser-Busch, already has two seltzer products—Natural Light Seltzer and the soon-to-be rebranded BONV!V.  Now comes word that A-B is preparing to launch Bud Light Seltzer in the 1st quarter of 2020.  The new product will come in four different fruity flavors.  But that’s not all:  Soon we will have a Corona Hard Seltzer, made by Constellation Brands.  MillerCoors is working on a seltzer product called Vizzy.

Seltzer products are typically low in calories, carbs and ABV.  That’s clearly not the case, though, with the just-launched Four Loko’s Hard Seltzer.  It’s 12% ABV and comes in a 23.5 ounce can.  Pabst is test-marketing Stronger Seltzer which has an ABV of 8%.  A number of craft brewers are also hustling to enter the seltzer business.  Sycamore Brewing of Charlotte has a product called Bubs.

The two established seltzer leaders aren’t standing still.  Truly, made by Boston Beer, is reformulating its current flavors and will launch a lemonade seltzer product in the spring.    White Claw is owned by Mark Anthony Brands which also created Mike’s Hard Lemonade.  The company’s plan is to rapidly expand White Claw production and make White Claw synonymous with seltzer, much the way that Starbucks is to coffee.