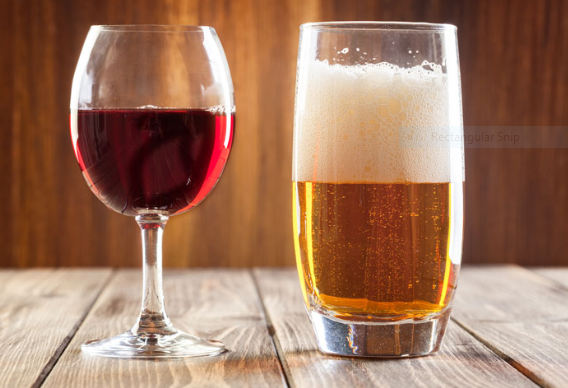 Around the world, disruption is happening in nearly every industry as companies race to meet the demands of consumers constantly in search of the next best thing. This includes the alcohol industry.

This summer, for example, we saw hard seltzers, which you can now order from an app on your smartphone, take the country by storm. Hard seltzers, apps and smartphones weren’t even part of our vocabulary a few years ago.

Although the alcohol industry looks a lot different than it did 10 or even five years ago, with the explosion of new products, there is one constant – the U.S. alcohol marketplace remains the safest, most robust and consumer-friendly in the world.

Recent reports about bootleg alcohol from around the globe have brought to light the dangers of unregulated alcohol. Authorities are investigating accusations that the recent deaths of American tourists in the Dominican Republic were caused by tainted alcohol. Across the Caribbean Sea at another popular tourist destination, Costa Rica, 25 people have died from poisonous alcohol since June, according to the Ministry of Health.

Fortunately, we don’t face similar tragedies here in the United States because our alcohol market is built on a series of checks and balances that help keep dangerous products from reaching consumers.

Take the beer industry. Have you ever thought about how beer gets to market or worried that the beer you purchased is counterfeit? Probably not, but that’s a good thing because it means the process is working as it should to protect consumers.

The beer industry has worked together effectively with states and local communities to create an alcohol accountability network to ensure that the beer that makes it to store shelves or bar taps is authentic. Independent beer distributors are licensed by the state and federal governments and source high-quality beer only from federally registered brewers and sell it only to state-licensed retailers.

This tightly monitored process for getting beer to consumers prevents bootleg products from entering the broader marketplace,  and provides much-needed transparency and accountability in the rare event that a product needs to be pulled from shelves.

Another unique aspect of the U.S. alcohol market – and one of the reasons it’s so successful at protecting public safety – is that each state is given the flexibility to put in place alcohol laws that work best for its citizens and marketplace.

This careful balance continues to protect consumers and meet local needs. But there is now a proposal in Congress – the United States Postal Service Shipping Equality Act – that would undermine the existing structure. If adopted, the bill would disregard the ability of states to oversee the alcohol market within their borders by allowing the USPS to bypass state law and deliver alcohol.

Allowing the shipping of alcohol through these unregulated channels could have severe consequences, like opening the market to potentially harmful foreign or domestic-sourced alcohol and creating easier access to alcohol for underage consumers. When considering any alcohol-related legislation, Congress should reject efforts to undermine current law and preserve polices that protect both consumers and the public.

Alcohol laws, though improved upon for decades, are in place for good reason. And it’s only becoming more important as technological advancements continue to make counterfeit concerns – particularly on e-commerce sites – more of an issue here in the United States.

Disruption and innovation will continue to impact consumer experience for alcohol and beyond. And that can be a good thing. But we also must acknowledge that alcohol is a different type of product – one that should always be accompanied by careful safeguards to protect consumers. Too many Americans depend on these safeguards, whether they know it or not.

Craig Purser is president and CEO of the National Beer Wholesalers Association in Alexandria, Va.