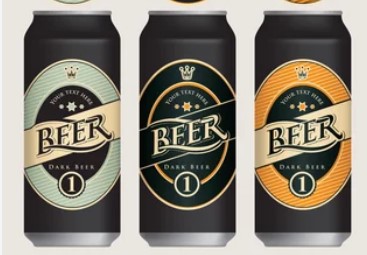 My, my, how times have changed!

According to NielsenIQ, the off-premise for craft beer is now being dominated by cans.  Yes, 12 or 16-ounce aluminum cans!  The current share for craft cans is 63.4 percent with bottles picking up the remaining 36.6 percent.

It was just four years ago that those numbers were essentially reversed:  33.5 percent for craft beer in cans and 66.5 percent for bottles.

Well, what happened?  But first, a quick quiz:

Which craft brewer was the first—and only—craft brewer to put its beer in bottles?  The answer in a moment.

But then there was a Colorado craft brewer named Dale Katechis who had a different idea.  An avid mountain biker, Katechis thought it might be a better idea to put his beer in a can so it could be more portable for hikers, bikers and the Great Outdoors.

And so, in 2002, the Oskar Blues brewery introduced Dale’s Pale Ale.

Over time, some craft brewers began to slowly move toward cans as a summertime alternative to bottles.  But when the Covid shutdown took hold in spring 2020, the marketplace changed dramatically.

Taprooms and brewpubs were either shutdown by government officials or vacated by customers.  As draft beer became a non-option and grocery stores became a quick in-and-out for consumers, crarft brewers scrambled en masse to put their liquid in an easy-to-grab 6 or 12-pack of 12-ounce cans.

As it turns out, conventional wisdom has been turned upside down.  In order to remain fresh, beer has two enemies—oxygen and light.  A canned beer blocks 100 percent of the light and you get a smaller seal on a can lid than one does with the crown of an open bottle.  All that, plus cans are easier to take on the road which is what a lot of people did to get away from the pandemic.

A lot has changed since 2002.  Oskar Blues, which has a brewery in Brevard, NC, is now celebrating its 20th anniversary.  Meanwhile, aluminum cans have become one of those hard-to-get commodities in a world of supply chain shortages.

As many of our parents used to say, what goes around comes around.