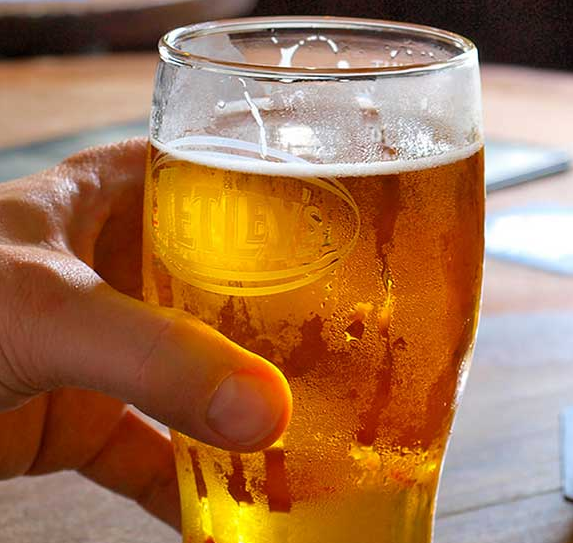 Across the country, COVID-19’s impact on the beverage alcohol industry has been overwhelming since mid-March of 2020. From on-premise shutdowns to supply chain challenges, the beer market continues to see significant disruptions.

When on-premise licensees were forced to close their doors, brewers, distributors and retailers around the U.S. were left grappling with what do to with the untapped kegs of draft beer. The U.S. marketplace has almost 400,000 licensed on-premise establishments, including bars, taverns, restaurants, night clubs, hotels and concessioners. Draft beer sold into these accounts represents ten percent of all beer volumes in the marketplace. Removing out-of-date draft beer from these establishments and replacing it with fresh draft beer will continue to be a logistical challenge for the rest of 2020. The ongoing loss of on-premise drinking occasions at bars, taverns, restaurants and stadium venues continues to decimate traditional on-premise beer sales, particularly of draft beer. As of June, the total beer industry is down 2.5 percent on volumes for the year despite strong off-premise sales.

Off-premise beer sales are up

With most of the 400,000 on-premise venues like bars and restaurants shut down, 240,000 off-premise grocery, convenience and liquor store establishments remained open for beer consumers. These relatively few stores saw an impressive sales boom. Halfway through the year, scan sales data show that off-premise beer sales are up an impressive 15 percent on dollar sales and 12 percent on volumes. Whether for pantry loading or enjoyment at home, the sales at off-premise accounts are up considerably.

The timing of the pandemic impacted retailer shelf sets. This has created challenges around some new product introductions and perhaps has driven consumers to more familiar, established brands. As retailers return to normal operations, expect more shelf resets to give more emphasis to fast-moving items like hard seltzers and large format beer packages.

Since the sale of alcohol in restaurants and bars has shifted to alcohol to-go and there is a higher demand for packaged beer at the off-premise, the sale of package beer is booming.  Also, taprooms and breweries are trying to move their taproom on-premise drinking occasions into canned off-premise sales. And the non-alcohol space has had tremendous growth in the demand for cans. All of these factors have created a shortage of aluminum cans for many brewers.

Before the March COVID-19 disruption, cans had already been making strong gains on glass bottles. In 2019, the can package share of total sales reached 60 percent of volume with glass bottles at 30 percent and draft at 10 percent. With draft beer out of the marketplace for most of the late spring and early summer months of 2020, can package share rose to 67 percent and bottle package share rose to 33 percent of total volumes. Draft beer has only recently recovered in late summer and is not expected to make a big come back in 2020. That means package beer will continue to face supply constraints for the rest of the year.

A majority of craft breweries were dependent on sales at their taproom or on-premise keg beer. Now, these breweries are unable or limited in their ability to serve customers due to pandemic health restrictions. As a result, many craft breweries are likely to close, and all are trying to rejigger their operations to survive the changed drinking experience.

Disruptions in the global supply chain are also impacting beer in the U.S. For instance, although breweries in the U.S. were declared essential when businesses shut down, the same could not be said for breweries just across the border. In Mexico, breweries were declared non-essential, forcing beer production to halt for April and May of 2020, and they were only able to reopen on June 1st. In 2019, Mexican imports accounted for 70 percent of all imported beer and 10 percent of all malt beverages sold. The consequences of this can be seen in the recent out-of-stocks of popular Mexican brands. There has also been significant evidence of cross-border trade of beer sold illegally back to Mexican residents.

The final impact of COVID-19 on the beer and alcohol beverage market remains to be seen.  However, several factors bear watching: